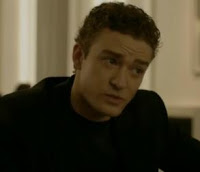 Guest Review guest post, Guest Reviews, Steff Deschenes, The Ice Cream Theory, The Social Network 4 Comments
This is the first in a series of guest reviews by fellow writers and film lovers. Steff Deschenes is an author whose new book, The Ice Cream Theory, is not only available on Amazon right at this moment, but might just have a review of its own on a certain site soon. Until then, here is Steff’s take on The Social Network.

The older and busier I get, the less tolerance I have for sitting through an entire movie. It’s not that my attention span has shortened; it’s that my personal expectations for the quality of my life have expanded. I don’t want to waste any valuable time on bad music, terrible art, or awful movies.

As a result, I tend to not go to the movies – the potential of paying ten bucks to lose two hours of my life to something uninspired and uninspiring is frightening to me. I’m quite content with my Netflix subscription, where for the same ten bucks I can watch the first fifteen minutes of all the movies I want before I find something decent or give up and go to bed disappointed with the entertainment business.

That being said, once in a great while, a movie comes out and I know beyond reasonable doubt that I must see it immediately. It tends to happen with films that aren’t all that impressive on the big screen, but my inner artistic soul feels compelled to see it.

This happened recently with The Social Network.

I’ve been in marketing for close to five years now, and I think social media is an incredible, invaluable tool. It is the great equalizer between multibillion dollar corporations and artists or companies just beginning to define their brand. And it has influenced our society in unparalleled ways.

While I wouldn’t necessarily sit through a movie about the creation of the internet, watching the evolution of Facebook from concept to execution, and the fall-out from it for both the people directly involved and the world it manipulated as a result, told in an intimate and witty way seemed both fascinating and entertaining.

It absolutely was worth the ten bucks and two hours.

If you are at all interested in marketing, technology, social media, or are one of the millions of people like myself addicted to Facebook this is absolutely worth seeing. If anything, you’ll walk away from the film completely amazed by the things most people probably didn’t know about Facebook. For example, I had no idea the creator of Facebook – Mark Zuckerberg (played by Jesse Eisenberg) – was a twenty-something, only a year older than myself and the youngest billionaire in history. I had no idea

he was sued by two different parties for the equivalent of hundreds of millions of dollars. And I had no idea that Sean Parker, creator of Napster, (played by Justin Timberlake) was at one point involved (as a matter of fact, he still owns 7% of the company), encouraging Zuckerberg to change it from TheFacebook to just Facebook.

One of the most enjoyable parts of the film was watching when Zuckerberg was first inspired by a seemingly inconsequential life moment which helped create things like the “Relationship Status” field, the “Poke Button,” and even the inclusion of “Status Updates” which essentially fleshed out and became the back bone of Facebook.com.

On a personal note, I loved the movie because I remember how incensed I was by the initial exclusivity that Facebook was known for. The platform came out in 2004, which was the same year I quit college as a sophomore. When I heard of Facebook I tried to sign-up but couldn’t, because I didn’t have a college email account. Zuckerberg and co-creator Eduardo Saverin (played by Andrew Garfield) achieved what they originally had wanted to: to create an online party that was by invite only that would make other people feel like they were missing out on something.

The only real con of the film was the language. While I consider myself a fairly intelligent girl, I’ll admit that there were times when the conversations happening in the movie were beyond me. Lengthy technical explanations were used in a rapid-fire conversational tone that left my head spinning and feeling like I was not a part of some inside joke. My tip: focus on the bigger picture and don’t get distracted or overwhelmed by the computer jargon.

Within seconds of leaving the theater both my significant other and myself were on our phones, updating our Facebook statuses about, well . . . Facebook. And I know we aren’t alone; I’ve seen dozens and dozens of statuses about it, which only further proves the importance and dependence we have of social networking.

The Social Network excellently recreates the story of what might be the number one company of the internet age, and further demonstrates the value of Facebook as medium to stay interconnected with one another and how impactful it’s been on us as individuals and as a society.