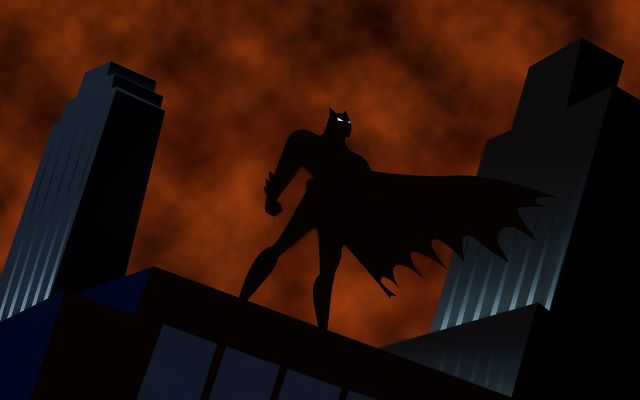 On this day in 1992, one of my absolute favorite cartoons and absolute favorite TV shows ever began airing on Fox Kids. Now, I spent four weeks this summer writing about Batman cartoons for what I called Batman Month and the very first cartoon I reviewed was in fact Batman: The Animated Series. So, I’m not going to go into all of the various ways I adore this show with my very bones … you can read the article for that. Instead of rephrasing those ideas, what I am going to say is a little why I’m grateful that the show existed and that it existed the way it did.

Batman the Animated Series came after (and thanks to) the popularity of Tim Burton’s Batman. I ended up watching initially because I really wanted to see Burton’s movie, but I was … 7, and so my parents saw this as an appropriate alternative. And it was – don’t get me wrong, it was certainly dark and was probably created for someone closer to 10, but B:TAS connected with me in a way few shows did throughout my childhood.

It refused to talk down to kids and always walked the line between kid-appropriate and dark. I mean, the first episode released was about a Batman-seducing Catwoman fighting terrorists. The second episode introduces Man-Bat, who is pretty terrifying. One of the next episodes (which aired on my birthday, by the way), the Joker murdered people with laughing gas. But it wasn’t just the scary moments that pushed what children’s television could be – it was the thoughtful storylines with overarching themes of duty and justice. They did such a good job reminding us again and again why Batman does what he does and why he is so strict in his own moral code.

For a lot of people of my generation, B:TAS was out first real introduction to Batman and it’s one of the best ways. It started the excellent DCAU and paved the way for the current excellent DC cartoons. Twenty years later, I’m very grateful that Bruce Timm and his team were brave enough to make the Batman cartoon that fans always deserved.