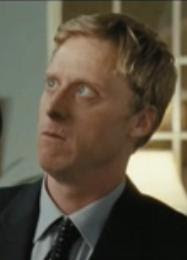 I’m not sure how to feel about this, but according to screenrant.com, Alan Tudyk is going to be in Transformers 3, aka the sequel to the sequel that shouldn’t have been made.

I love Alan Tudyk. He is a geek legend from his work in Firefly and Serenity as Wash, pilot and husband to a warrior woman. Others would recognize him as Steve the Pirate from Dodgeball. His episode of Arrested Development is one of my absolute favorites. He absolutely stole the show in the British comedy Death at a Funeral (the original, of course). And he was recently in the dark comedy Tucker & Dale vs. Evil, which I’ve heard was great. While he’s mostly known as a comedic actor, his acting is subtle and very genuine (and I’ve heard his dramatic work, especially in Shakespeare, is fantastic).

So, two things could happen from his involvement in Transformers 3. One, Tudyk will do a great job in whatever role he has and the film will be better for it (and maybe even watchable!). Or two, Tudyk will try his best, but the writing and the overall awfulness of Megan Fox will outweigh the good of his performance. I have a feeling it’s going to be the later. However, they also cast the always talented Frances McDormand in the film as well, so maybe she and Alan can raise the film to a higher level. Of course, it would help if they had a script that didn’t read like the fanfic of a hormonal 14 year-old who broke into his mother’s liquor cabinet before writing it.