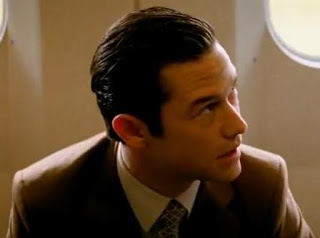 There sure has been a lot of news about Joseph Gordon-Levitt on here. Some of that has to do with how blown away I still am about his stunt work on the gorgeous rotating hallway scene from Inception. Plus, he’s just a fantastic actor. I’m pretty thrilled he’ll be back with Christopher Nolan in The Dark Knight Rises, but I was also surprised to hear he’s just been added to the cast of Lincoln.

Now, this isn’t Abraham Lincoln: Vampire Hunter, which I wrote about earlier in the year. No, this is the Steven Spielberg project, which has been in the works for years, but is finally in pre-production. Obviously, this production is looking to be more historically accurate than the one with Lincoln stabbing vampires (or is it?!).

Gordon-Levitt is set to play Robert Todd Lincoln, the only child of President Lincoln (Daniel Day-Lewis) who survived to adulthood. From what I can tell, Lincoln will focus on the stress on the Great Emancipator, both the stress of the war on his shoulders and the grief from the death of his children.

Interesting note: sometime after his father’s murder, Robert’s life was saved by Edwin Booth. If the name doesn’t ring any bells, Edwin Booth was considered the greatest Shakespearean actors of his generation, especially in his portrayal of Hamlet. Edwin was also the brother of John Wilkes Booth, President Lincoln’s murderer. While Robert recognized Edwin, Edwin himself wasn’t told until years later that who he saved. Ashamed of the horrific acts of his brother (who he refused to speak of after the assassination), the knowledge that he saved Lincoln’s son gave him some comfort. Since this all happened after President Lincoln’s death, I doubt it’ll be in the movie… I just find it awfully interesting.

Tommy Lee Jones was also added to the cast as Thaddeus Stevens, a Republican Congressman who was also a strong supporter of abolition. I think it’s easy to forget Lincoln himself wasn’t necessarily for abolishing slavery if it meant the country being torn apart even more. I’m looking forward to seeing how they treat this fascinating man, showing his imperfections as well as his strength.