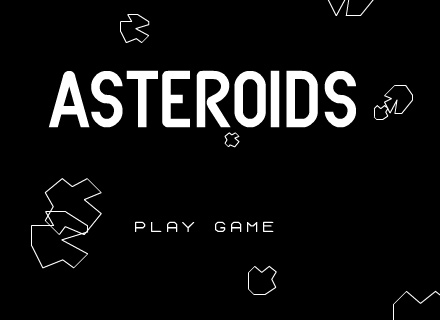 Certain movies are just bad ideas from the start. Any movie that takes their plot from a game that has no real plot is just asking for trouble. There’s supposed to be a Battleship

movie, for instance, which boggles my mind. But there is also supposed to be an Asteroids movie… that’s right, based on the game Asteroids

. A game that had no storyline, just constant shooting of asteroids and UFOs. If Super Mario Brothers

, what makes you think Asteroids has a chance?

So, when you’re looking for a movie just about blowing up aliens with the biggest explosions possible, what director do you turn to? ….No, Michael Bay is busy. ….That’s right, Roland “Well, he’s not as bad as Uwe Boll” Emmerich. If you can’t remember, this is the man who brought us the Godzilla

, The Day After Tomorrow

, just to name a few. At the moment he isn’t officially the director, but he has apparently been offered the job.

In that article, Vulture describes the plot as:

The remnants of human civilization are now living on far-flung colonies within an asteroid belt alongside aliens. The survivors were led to believe that this alien civilization was benevolent, rescuing them from doom, but ultimately discover that the aliens have engineered Earth’s destruction, and soon will do the same for the rest of humankind.

If Emmerich does end up in the director’s chair, here are some things I’m going to bet will make it into the film based on his previous work:

To be fair, Emmerich has done a couple of decent movies like The Patriot

, the latter being his only monster/disaster movie that seems to understand how goofy it really is. I even like Independence Day for what it is. And I understand that there is a place in this world for crazy action movies with big explosions… I just don’t like the idea of Asteroids the game becoming one of those movies. The biggest thing for me when it comes to video game to movie adaptations is that the movie has to be based mostly on the game itself. It should remind you of the fun you had playing the game. This looks like a movie about aliens on asteroids, but it doesn’t seem to really be based on the game.

Could this movie be good? Sure, if it’s well written and well cast. And Emmerich could even surprise us and make this one of his better films. But making a movie like this and saying it’s based on Asteroids is potentially setting a very bad precedent. How many more movies will be funded because they use a plotless 80s game as the hook for the studio’s approval? I’m really, really afraid we’re going to get a Pac-Man

movie within the next ten years… and he’ll be played by Shia LeBeouf.

God have mercy on us all.