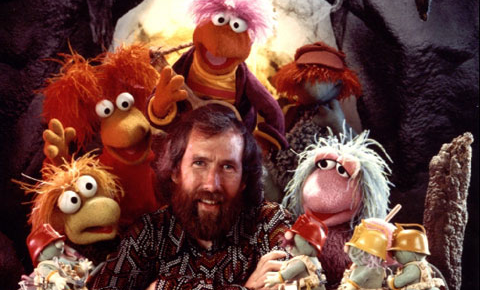 Maybe you haven’t noticed yet, but I’m kind of a major Henson Company fan. Their shows and films ignited my creativity from a very early age and continue to inspire me today. I am so very excited for the Muppet movie coming out in less than a month, and anything the Henson Company is involved in is better for it.

So, when the Henson Company announced their intention for a Fraggle Rock film, my first reaction was a positive one. While The Muppet Show was always my favorite Henson series, Fraggle Rock was fun, a little less pop culture-y and played on dimensions. I still find it odd to see the Fraggles are actually the same size as regular Muppets and Doozers are quite bigger, too (as seen above). It also has one of the best theme songs ever. Just try not to clap along.

The only thing that really worries me about the film is the company that nabbed the rights to the Fraggle Rock movie – New Regency. That’s the same company that gave us the mediocre Alvin and the Chipmunks movies, another TV series I loved as a kid. I don’t want this to happen to the Fraggles, especially if that means CGI-heavy or lack of puppetry. If this movie gets made with huge amounts of CGI, I will be seriously angry and it will be a shame. Like my complaints with The Smurfs this summer, nostagia-based movies need to have the same charm and wonder that brought kids into the show in the first place, and that means Henson puppetry first and foremost, then a good, timeless story. If they do that, things will be OK.

While we’re on the topic, here’s the self-proclaimed last parody Muppets trailer. I love you, Henson Company. See you in November.