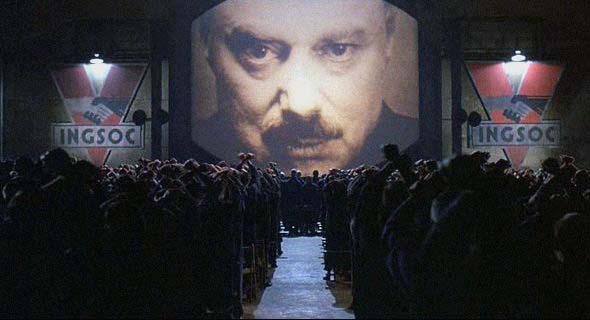 Oh look, I get to talk about adaptations and remakes again. Regular readers know my feelings on these films: they’re not inherently bad, but everything can go down hill very, very easily if not handled by the right film makers. Hence practically every horror reboot in the last 10 years. It’s so easy to become jaded when you hear about mainstream production companies deciding to take on a book adaptation or a movie reboot or a movie reboot of a book adaptation. Well, it looks like we’re getting the latter of the three – Image Entertainment is developing an adaptation of 1984, which was last made into a movie in … 1984. This could honestly go either brilliantly or go really, really badly.

Between 1984 and Fahrenheit 451, I enjoyed 451 more simply because there was an optimism to it and a focus on the freedom that comes with literature. Not to spoil 1984 for anyone, but it is incredibly dark compared to 451. In many ways, 1984 makes you think more about how far the human spirit can go before being splintered. What I want to know is if the filmmakers (who haven’t been announced) will keep those intense and hard to face themes that are the backbone of the story. The worst thing they can do in a story like this is change the ending or soften the ending. Put a silver lining on this story and you miss the entire reason for it.

Something to note: Image Entertainment has chosen Noah Oppenheim to write the script, but Oppenheim is best known for producing reality, news and talk shows on NBC. Considering 1984‘s focus on media’s manipulation of the public, Oppenheim will either completely understand this theme or will completely ignore it. And like I said earlier, the worst thing you can do to this movie is ignore the main themes of oppression and manipulation.