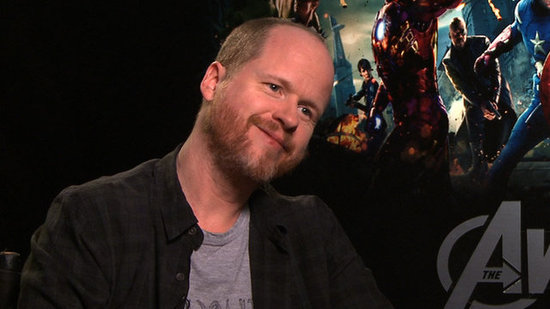 Remember when Joss Whedon made that awesome superhero movie? You know, the one with Tony Stark as Robert Downey Jr. and the Human Torch as the world’s sexiest nonogenarian? The one with quippy dialogue galore and a heroine who actually does meaningful stuff? Yeah, it turns out that movie made a crapton of money! Who would have thought strong writing, complex characters and great relationship dynamics would be successful? Oh wait, I DID.

So the execs at Marvel Studios figured out that they don’t let a good thing go without a fight, which is why they’ve locked Whedon in a three year deal that includes writing and directing Avengers 2. Out of all the upcoming movies Marvel has in store for us I’ve very glad Whedon is once again helming the one with the ensemble cast – if there’s anything Whedon does well, it’s ensembles. Hell, Avengers proved that.
It also looks like he’ll be contributing to the Guardians of the Galaxy, another ensemble cast.

The other huge (HUGE) development is that Disney wants him to helm a Marvel universe show for ABC. The idea of another Whedon show (not on FOX, no less) is great in itself, but it’s also a Marvel show for ABC … not a Marvel show for Disney XD, the company’s main cartoon channel. If I were to venture a guess, that means Whedon would be making a live-action prime-time Marvel show … which would be huge! The big question is what character could they do that would work within a TV show budget. Maybe Dr. Strange? Maybe another connection to Guardians of the Galaxy? The end of Avengers suggests that the series going to focus on the galactic threats, so that could be a number of heroes.

No matter what, this development is a very good sign. While DC has been driving me crazy lately with some of their choices, but Marvel seems to be doing some things right. And if they keep putting out fantastic interconnecting franchises, I’m going to stay happy.