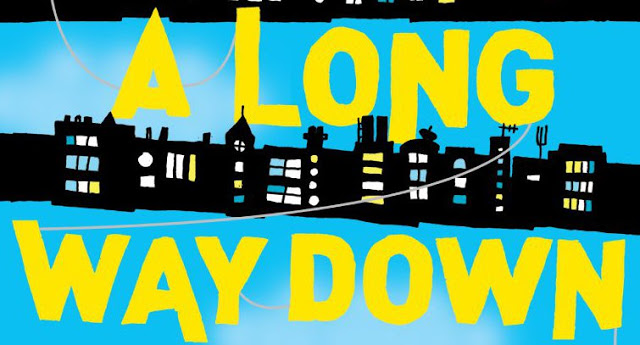 When Nick Hornby came to visit Butler University in 2006, I was lucky enough to go to his reading, which included a couple chapters from his novel A Long Way Down. When I read the book myself, the thing I liked about the novel is that it cut through the bullshit. The plot itself is set up to be something that could easily go cliche (four strangers of varying ages choose not to kill themselves, become a quirky family) but the actual story doesn’t go so nicely. In some ways it’s one of Hornby’s more ambitious novels because the resolution isn’t particularly pretty, but it does feel real. So when I heard that the book is being made into a movie, I was really optimistic.

I’m even more optimistic because the cast is strong and spot-on for the characters. About a Boy‘s Toni Collette is playing Maureen, the sweet older woman who struggles to take care of her disabled son. Imogen Poots (who I last saw play Blanche in Jane Eyre) is set up as teenager Jess. Breaking Bad fans will be happy to know Aaron Paul has signed on to play JJ, the American pizza delivery guy and could-have-been rockstar. And Pierce Brosnan is set to be the fallen-from-grace celebrity Martin Sharp. I actually envisioned someone like Steven Fry when I read the book, but Brosnan is still a pretty good choice. Just from the main cast I could definitely see this movie coming together.

Of course, the success of the movie depends on how the story is adapted. If they keep that sort of bittersweet tone that the book nails so well, this could be a really strong adaptation. I just worry they’ll go the quirky “modern day family of misfits” route – I actually like movies like that, but it’s not quite what the book is about. The good news is that Hornby’s books have a decent history of being adapted well (High Fidelity is still a favorite of mine despite the country change), so here’s hoping!