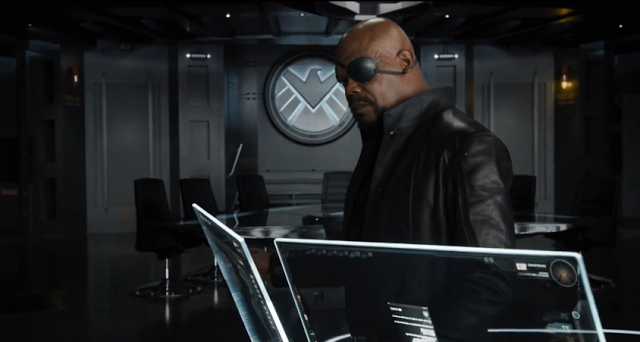 A while ago we found out that Joss Whedon, writer and director of this cool underground indie film you might have heard of called The Avengers, was not only going to head The Avengers 2 but also planned to take on making a TV show. A Marvel TV show. If you recall, I kind of freaked out about that. Because the idea of a Joss Whedon TV show that actually has that much promotion (meaning arguably the most successful superhero movie of all time) just during pre-production alone is a really good sign. I threw out some ideas about what the show could be about, but this week it’s been confirmed that the proposed television show will be about S.H.I.E.L.D.

Personally, I think this is a good idea, for a number of reasons. For one, we’re already aware of the agency. Even if you didn’t know the Marvel universe from the comics, if you’ve seen almost any of the Marvel movies (and especially The Avengers) then you have an established idea of what they are and what they do. So unlike a Dr. Strange show that I thought they might go, half the work is done because you don’t have to necessarily explain exactly what the group is in the pilot. At the very least, you don’t have to fully explain what it is.

It’s doubtful to me that they’ll be getting Samuel L. Jackson to be Nick Fury in the show, so might Cobie Smulders reprise her role as Maria Hill with a bigger role? Perhaps if How I Met Your Mother ends soon. Now, it’s also been suggested that the S.H.I.E.L.D. show might not be exactly in continuity with the movies. Do you know what that menas, my friends? We could get Coulson back. Phil Coulson may live again! God, I hope so.