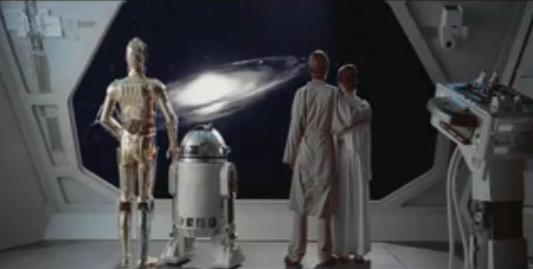 Huh, this I didn’t quite see coming. Yesterday afternoon, it was announced that Disney is acquiring Lucasfilm for $4.05 billion (which seems kind of low, right?), giving them the rights to the entire Star Wars franchise. I’m not exactly surprised Disney made this move – Disney has included Lucas licenses in their park attractions for decades so if anything, fully acquiring those rights ensures they’ll continue to keep up those attractions for as long as they want. And after their relative success with Marvel (which I’ve just found out sold for almost the same amount), they know it’s possible to successfully incorporate a more action-based entertainment entity into the Disney fold. What does surprise me is that with the announcement of them buying Lucasfilm, Disney also announced that they’re planning a new Star Wars movie slated for 2015.
Outside of the fact that 2015 doesn’t give them a whole lot of time to make the movie (since they haven’t even officially bought the rights yet and I doubt they even have a writer on board, let alone a script), the first thing I thought with the news of a new film was “OK, but is Lucas involved?” Because let’s face it, most of us really don’t want to see him involved in another Star Wars movie. Luckily, Lucas has stated that he’s happily passing on the reins to the next generation of filmmakers. I’m not entirely convinced that he will let go however, and the fact that later yesterday Disney said they’d have Lucas as one of their creative consultants on the franchise kind of supports my theory. At this point though, having him consult and only consult on the movie might still be OK. I honestly think the prequels were such a mess because no one on the productions knew how to tell George that his ideas weren’t working. As long as the filmmakers don’t take his word as law, we could very well get the kind of Star Wars movie we’ve been looking for … or at least one without 95% CGI backgrounds (please at least don’t do that, Disney).

And because I couldn’t help it, here are some crossover projects I came up with using Disney’s multitude of entitites: