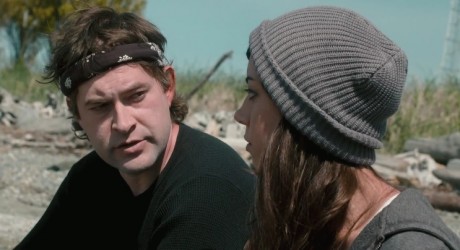 When I get frustrated by Hollywood’s insistent to make crap for the masses, Pixar ends up finding another reason for me to hope. They have a close to spotless record for creating beautiful, intelligent films appropriate for kids but really made for everyone (except for maybe Cars 2, but let’s just forget that even exists). So it’s always nice to learn they’ve made another good choice in their work – Safety Not Guaranteed writer and director Derek Connolly is working on one of their future films.

If you read my stuff over on CliqueClack, you might remember that I reviewed Safety Not Guaranteed over this past summer. It’s a really smart film that shows off just how good Aubrey Plaza can be in a leading role. It mixed sci-fi themes with a really nice story of guy meets girl and most of all was very character-based, which frequent readers should know is my cup of tea. If you haven’t checked it out yet, I highly recommend.

So on that alone, Connolly seems like a great choice for Pixar to bring into the fold. The unnamed project  is shrouded in secrecy, but we know he’s writing the script with Pixar’s Teddy Newton. You might remember Newton’s beautiful short “Night & Day,” which was shown before Up. It was one of the first and few films I’ve seen (short or feature length) where watching it in 3D truly added to the viewing experience. With Connolly and Newton working together, I’m already excited … and I don’t even know what the