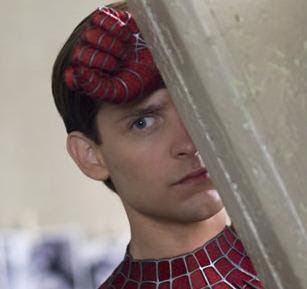 In the midst of Conan’s last week on NBC, I passed over some fairly important news out of Hollywood. In particular, Sony has decided to not go forward with the 4th Spiderman film and instead will completely revamp the whole series. I’m actually very surprised this hasn’t gotten more attention, considering how financially successful the entire series has been (not to mention it being one of the forerunners for the new age of superhero franchises).

According to io9.com, a big reason for canceling the 4th film came from director Sam Raimi’s ambition. Inspired by James Cameron’s work in Avatar, Raimi wanted to really “push the envelope” with the special effects in a way not seen in the other Spiderman movies. And apparently this ambitious undertaking (and the necessary budget for such an undertaking) was too rich for Sony’s blood. But consider this; the last Marvel summer blockbuster was X-Men Origins: Wolverine, which had terrible special effects. I just remember seeing Logan’s claws come out and thinking a film student could have done a better job with them. So while I’m not one to push for visual effects, I admire Raimi for wanting to work outside the box and make something innovative. Unfortunately, he doesn’t get to make the movie at all now. The article also mentioned some of Raimi’s plans for the plot and I can’t help but feel grateful we don’t have to see Spidey make more really stupid girl choices, get all mopey and give up being a super hero again (if there was even a chance of him going all emo again, I’d just boycott the movie altogether).

I also find it interesting that starting movie franchises over almost immediately after ending the originals is becoming more and more common. We’re seeing it in The Fantastic Four (another one of Sony’s), whose movies weren’t as big of a blockbuster draw, to be sure, but still weren’t the worst things to come out the last few years (after all, it’s not like Michael Bay directed them). While remakes are no novel concept, it is becoming more common to remake films that were not only great the first time around, but were released within the last five years. Two examples in production are Let the Right One In and Death at a Funeral (and you all know how I feel about the latter). I can understand wanting to get a different take on characters (especially classic comic book characters since they tend to evolve with each generation), but to create a whole new franchise right after ending the last isn’t going to make the new one any stronger. Even though we all knew Batman movies needed to be drastically changed, it’s this author’s opinion that the time in between the disastrous Batman and Robin and the intelligent Batman Begins strengthened the audience’s ability to accept this new franchise. Considering the Spiderman movies were overall good movies (except the 3rd one, which I thought was a downright joke), it will be hard for the audience to not automatically start comparing the new movie (slated for summer of 2012) to it’s predecessors. These comparisons might still have been made if the new franchise would have been done ten years from now, but it probably would not be nearly so fresh in peoples’ minds.

So the new director of the new movie is going to be Marc Webb, who is best known for directing the 2009 hit 500 Days of Summer. That is one of the many movies on my must-see-but-haven’t-seen-yet list and I heard he did a great job. He wants to take Peter back to high school while his powers symbolize the changes a gawky teenager deals with. It’s not what I would have chosen if it were me, but that’s not saying it won’t work. I even liked the newest Spiderman cartoon, which also brought Peter back to being a teenager, so we know the format isn’t too bad. My one worry is this; in 500 Days of Summer, there is a full-fledged dance number and so God help me, I will never see another Spiderman movie with a dance scene… I learned my lesson in 2007.

By the way, another reason I would boycott this movie is if the insanely dumb rumors about Robert Patterson playing Peter are somehow true.