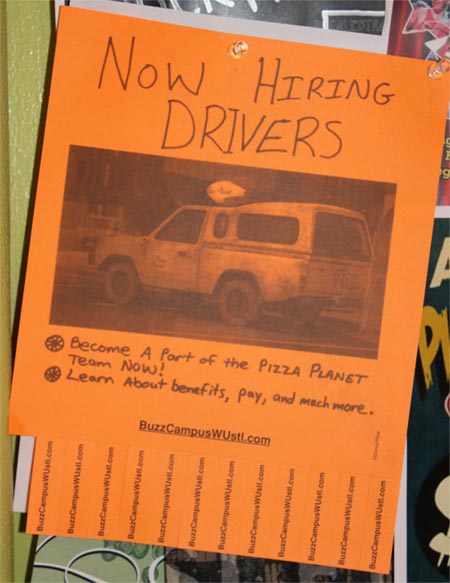 If you’re a child of the 90s, you might be in college, but it’s even more likely that you grew up loving the Toy Story series. If so, you might want to check out this fantastic career opportunity!

Alright, so you can’t actually apply for what would easily be the coolest minimum wage job ever (don’t deny it), but it is some very cool viral marketing from Pixar for Toy Story 3, coming out later this summer. And they’ve been apparently been posting these fliers on college campuses all over the country! You might be wondering what could be at the website mentioned on the flier. Well, it links to a Facebook page that features a short Toy Story video that directly references the works of Ed Wood. In other words, awesomesauce (even if the idea of Woody and Buzz instant messaging seems so very bizarre to me)!

And did anyone see the Miyazaki reference? Another healthy serving of awesomesauce. I hope it finds it’s way into the movie!