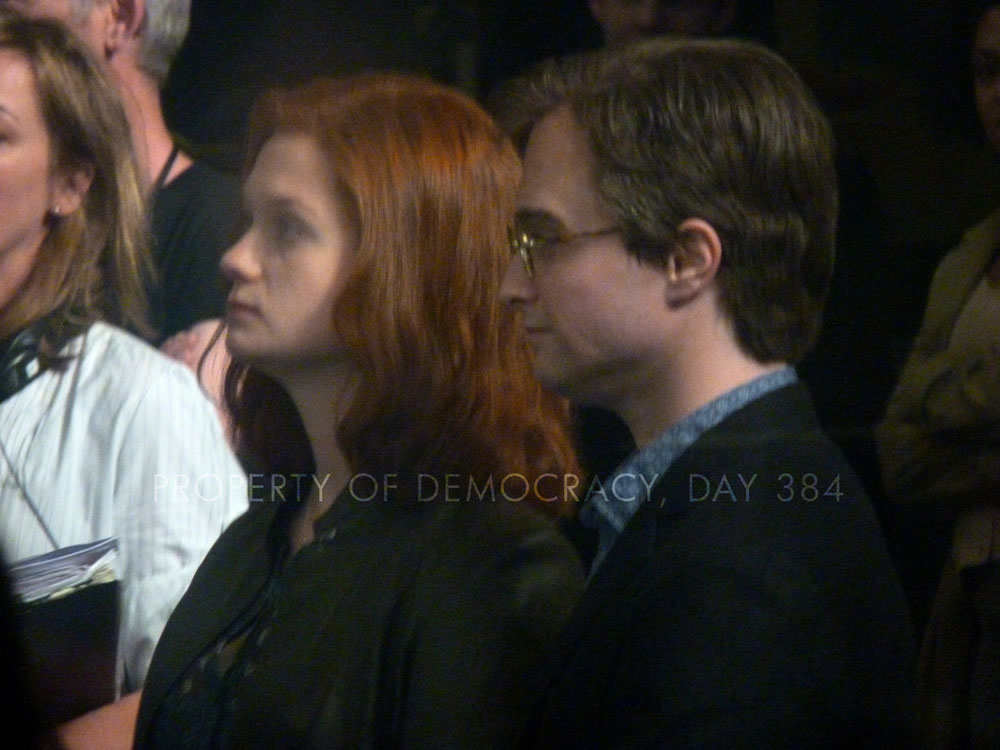 Movie Preview, PotterWatch Deathly Hallows, photos, PotterWatch 1 Comment
PotterWatch is a special group of posts on Just Plain Something dedicated to a certain film franchise about a certain teenage wizard.

When I first read Deathly Hallows almost three years ago, there were plenty of moments I gleefully anticipated coming to the big screen. I desperately wanted to see the Dursley’s farewell, the visit to Godric’s Hallow and pretty much every single detail in the Battle of Hogwarts. I’m not sure how much of my favorite parts are going to end up intact in the last two films, but I do know one thing: they’re putting in the Epilogue, people! And they’re shooting it this week!

For those unaware, Deathly Hallows (the book) ends with the Epilogue set 19 years after the final battle. We get to see the main characters seeing their children off to the Hogwarts Express, some of them for the first time. In one chapter, Rowling gives us some great details into the adult lives of these characters. And we also get closure on these characters we’ve known and (for many of us) grown up with through the years. I thought it was a good of an ending as we could have asked for. So, I really am thrilled it is going to be in the movie.

I’m also really glad they decided to age the actors instead of bringing in adult actors. Granted, these actors are being aged by almost 20 years, but their performances over the last 10 years are synonymous with the characters themselves. I was a little nervous, but more curious, about what they would look like for the scene. Here are some photos from the last couple days, all courtesy of Mugglenet.

A better view of Harry’s Hair

Ginny with daughter Lily (mentioned in this interview!)
I am just slightly wondering about Harry’s look, but I am also reminding myself that these were taken with a bystander’s camera, so he will probably look much better on film. But not to sound like a “girl” here, but how awesome is Ginny’s outfit? It is very stylish and very much what I can imagine the grown-up version of the youngest Weasley to wear! I hope these new children can pull off the scene. And I really want to see photos of the other actors, too (I have to wonder what Ron’s hair will look like!).
Share On