Home  /  Movie Preview  /  Joss Whedon’s Much Ado about Nothing 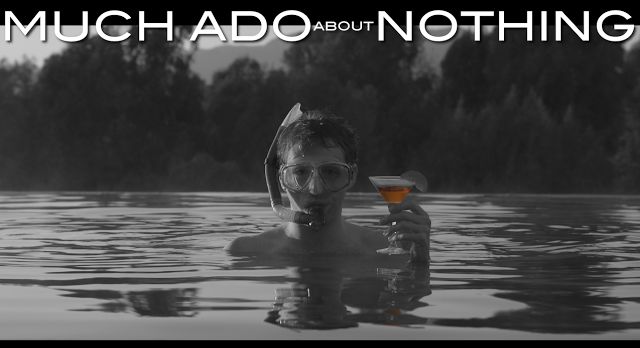 Oh, could this possibly be true? Could the universe really bring me such an awesome gift — my all-time favorite play from Shakespeare directed by one of my favorite filmmakers? Well, according to Nathan Fillion and the link he posted, it’s true. Considering I didn’t get to see David Tennant and Catherine Tate’s version of Much Ado this summer, this makes me very happy.

I do worry about the poster taking up the entirety of the movie’s site at the moment not actually mentioning the Bard. Since it does say the film is based on “a play,” I really want to believe it’s based on Will‘s play. Plus, I can’t think of a better story in all of Shakespeare-dom for Joss. Much Ado about Nothing focuses on two couples and the tribulations of falling in love when others have a hand in your courtship (for better or worse). However, the couple that you really end up liking is Benedick and Beatrice, who start the play absolutely loathing each other. Their snippy back and forth make up a good amount of the dialogue, and I love every bit of it. For the Browncoats out there, think Inara and Mal. See what I mean about it being a good fit for Whedon? Joss is also well known for his well-written female characters, and you don’t get much better in Shakespeare than Beatrice.

We don’t know anything more about the production right now other than the cast, which includes Fillion and Firefly cast member Sean Maher (yes, I am freaking out about that), Britanick‘s Nick Kocher and Brian McElhaney and a bunch of actors from Dollhouse and Buffy. While I’d cross my fingers Fillion gets the role of Benedick and Maher the role of in-love-with-love Claudio, the fact that Fillion isn’t given top billing makes me suspect he has a slightly smaller role. Granted, I’d totally take Fillion as a very rugged Don Pedro. Yum.


UPDATE: A press release from earlier today confirmed that the production — shot in only 12 days — is indeed an adaptation of Shakespeare’s comedy slated to be released in Spring 2012. Nathan Fillion is playing the fool Dogberry (pulling from the numbskull bravado of Captain Hammer, I’d suspect) and Sean Maher will be the villainous Don John. I’m also super excited to see Clark Gregg from the Iron Man movies, Thor and The Avengers as Beatrice’s uncle Leonato.