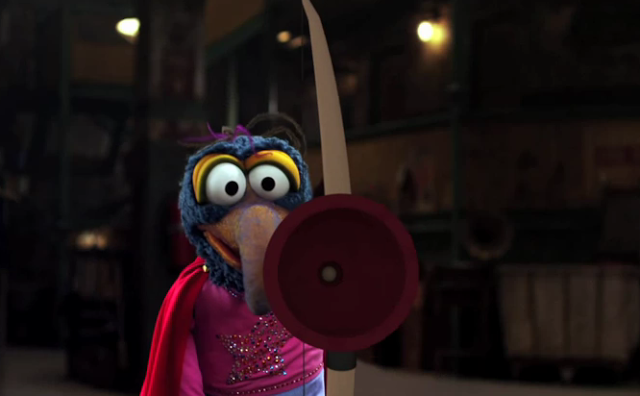 So, today is the day … The Muppets have finally come out on DVD. Kermit arms, anyone? In honor of the DVD’s release, I thought I’d share what’s looking like the last of The Muppets‘ parody trailers … this time poking fun at/homaging The Hunger Games.

I haven’t read the books yet, so I have no idea if the Hunger Games parody works as well as the other ones did. Still, I love that they still put together one last video to send the movie into American homes. If you haven’t seen the movie yet, I would highly suggest it. It’s not a perfect film, but it is a great continuation of the legacy Jim Henson left us. I especially like the opening song, but most of the soundtrack is fantastic. And I’m not ashamed to say I teared up by the end.

On top of that, today the Muppets also (finally) received their star on the Hollywood Walk of Fame. I’m honestly surprised Miss Piggy let anyone share the podium with her. And hey look, Sweetums finally made it to Hollywood!

Between the Walk of Fame and the Oscars, this has been a good month to be a Muppet … or a Muppet of a person. Now I’ll just be waiting patiently for the next Muppet movie.