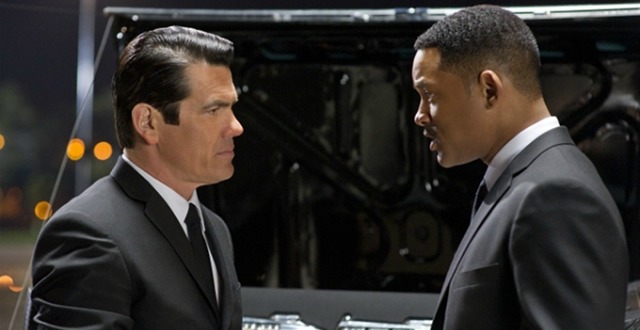 I was completely expecting to hate anything to do with Men in Black 3. The first movie was and is a favorite in my family … we watched it so many times that my brother wanted to be Will Smith, despite looking nothing like the Fresh Prince (he’s the one on the left). The sequel was disappointing … I realize much of that had to do with drastic script changes after 9/11, but even the character choices were disastrous. The villains was just not nearly intimidating as the first, nor was her henchman. I like Rosario Dawson in general, but she wasn’t given much to do. There are quite a few other things I can say about the picture, but in short, I just didn’t like it.

And again, when I heard there was going to be a Men in Black 3, I groaned. The teaser made me groan in frustration even more.


But this month they released a full trailer that has a small ray of hope. This might actually work. And I can’t believe I’m saying that.

Looking at both trailers back to back, I think what it comes down to is balancing the silly concepts with a genuinely cool and edgy attitude. Men in Black 2 just had too many wacky set pieces and practically no actual dark scenes … unlike the first movie, which had some truly disturbing and macabre moments. Compared to the original, I’m not sure if the 3rd movie will have nearly as good of a villain who can keep the stakes high (and the graffiti alien was just awkward and stupid), but the bigger trailer seems to have less wacky moments and more of that balance of fun and dark tones I’m looking for. At the very least, there were no testicle chins or giant toilets in the trailer. Obviously we’re going to have to see more coming into the summer, but I’m staying cautiously optimistic about this one.

Also, Josh Brolin does a really good Tommy Lee Jones impersonation. Just spot on. And having them shake up the format from the first two movies and throw in time travel could actually work if done properly. Only time will tell if this sequel is worth it.