Home  /  Off Screen  /  Off-Screen: The New Hitchhiker’s Guide to the Galaxy
Off Screen Off-Screen 2 Comments
Off-Screen is a series of posts dedicated to things not directly related to the world of cinema, but that still intrigue me.

On Tuesday, I made an impromptu visit to my local bookstore to finally use my many gift cards from past Christmases, birthdays and Easters. I didn’t have my sights on anything in particular, but I was hopeful I’d find something that would invigorate my love affair with reading. As soon as I walked through the doors, my eyes came upon a magical sight. On the first display table at the very front of the store, staring me right in the face, was And Another Thing…, the 6th installment in the Hitchhiker’s Guide to the Galaxy trilogy (yeah, you heard me). It officially came out the day before. And I knew it was fate.

Over-dramatics aside, this is a controversial book. The series itself follows Earthman Arthur Dent, who is forced to explore the weirdness of space with the President of the Galaxy, the President’s level headed girlfriend, a mellow writer and a depressed robot after Earth and its inhabitants were destroyed to make way for a hyperspace bypass. It works, trust me. The stories originated in BBC radio programs, were reworked into the book series and spawned both a television miniseries and, most recently, a major motion picture (that I will review some day). It’s a series that has fans all over the globe, especially in the geeky portions of civilization, and these fans are diehard. Sadly, its beloved author Douglas Adams died in 2001 and while he had suggested being interested in writing a 6th book, And Another Thing… is not his creation. The newest book is written by Eoin Colfer, best known as the author of the popular Artemis Fowl series. And this is where it gets controversial.

I know that plenty of people will go (and probably have gone) online and bashed Colfer for even dreaming of taking on this iconic series. But for one, Adams’ widow gave her full support of Colfer early on in the project. Colfer himself has said he was hesitant to accept the job, which says to me that he took it very seriously and took his time to do it right. Now, I haven’t even started reading the book yet because I only just recently finished the 2nd in the series (I did however make sure that I had the rest of the books so I’d be ready to continue), so I can’t tell you if it’s good or not. But I’m ok with someone like Colfer taking over for Adams, especially with the blessing of Adams’ wife. I’d rather it be someone we know can write a good book instead of an unknown writer who is just trying to imitate the wit of the originals. He’s not Adams and we can’t expect him to write just like Adams, but I think it’s very possible for this book to fit in well with the others and add just that much more depth to the series. And the truth is that I really think these characters are very strong and as long as he can get these characters, half the work is done already. I’ll have to let you know how I found it once I get through it. The only thing I worry about is that Colfer has written for young adults until now and I wonder how he has adjusted to writing for a more mature audience (well, an older audience, at least).

Whether or not it works on all levels, And Another Thing… means we get to join Arthur, Zaphod, Trillian and Ford on at least one more adventure, and I don’t see that as a bad thing. So, if you are a fan of the series like I am, I hope that you keep an open mind, read the book, don’t panic and please, whatever you do, don’t forget your towel. 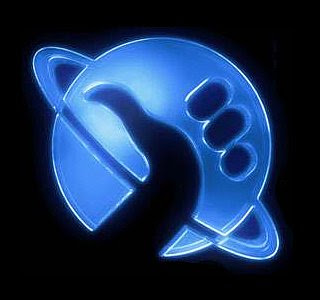