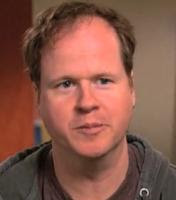 I admit it freely: I love Glee. In the last month, I’ve caught up with the episodes and it’s become my favorite new show of the past year. Oh, it’s not for everyone, to be sure. The storylines can go too soap opera-y and some of the characters are just barely balancing between quirky and just being stereotypes. And I don’t know about you, but it bothers me how much of a caste system there is in the high school from the show. I didn’t have the best high school experience, but there weren’t really too many defined cliques at my school and it wasn’t like physical abuse was tolerated (in the show, the bullies lock a handicapped student in a port-a-potty. What the heck is up with that?). But the reasons I do watch and love the show are the fun characters (even the one dimensional ones) and the music . There is a good mix of show tunes, standards, R&B, rap, rock and pop songs so far and the cast is really talented! They also all sing their own songs, which is impressive in itself. And it’s funny as hell.

Even if you are hesitant to try the show out, tonight’s episode would be a good time to start. Why, you ask? Not only is Joss Whedon, creator of Firefly and Dr. Horrible’s Sing-A-Long Blog directing, the special guest star for the episode is none other than Neil Patrick Harris, star of (among other things) Dr. Horrible’s Sing-A-Long Blog. Since the sequel is still being figured out, I am so happy just to see these two working together. And I’ve heard that one of the songs in this episode will come from Billy Joel, which makes me very happy.

What makes this even better is how much of a fan Joss Whedon is of the show (which should be enough for you Browncoats to at least give the show the benefit of a doubt). Don’t believe me? Watch this video and see for yourself. I especially love how much he gushes over his favorite character (I never would have guessed it, either). Look, even if you don’t think you’ll like Glee or never want to watch it again, at least watch for NPH and Whedon working together again. Or just do it to appease me.

Glee is on Mondays at 9.