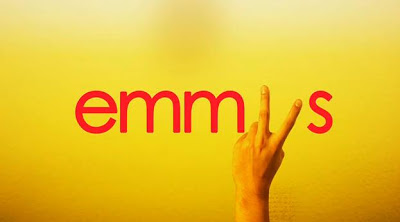 If you have the right host, the Emmy’s can be extremely funny. Look at Neil Patrick Harris’ Dr. Horrible video from last year or the fantastic opening skit/song from Conan a few years ago (any Music Man reference is fantastic in my book). This year, Jimmy Fallon hosted and while I think his talk show is still a little green, he is getting better and it showed in his hosting duties. I’m not going to describe the opening of the ceremony because that would give too much away. Watch it first.

Did you watch it yet?

OK, first and foremost, I am officially in love with Jon Hamm. He is brilliantly funny when he wants to be. I also loved Jane Lynch’s spot on performance as her Glee character… she makes it look so effortless and I’m not surprised she won later in the evening. Her double slushie attack was awesome. Cory Montieth also channeled his Glee character and I loved that he had trouble doing basic multiplication (and I almost died laughing when Chris Colfer said, “It’s ON, bitches.”). And props go out to Joel McHale, who is one of my favorite people. Perhaps the only part I found a little creepy was Kate Gosselin… I couldn’t really tell if she was in on the joke or not. But once Tim Gunn came in, I knew this was going to be GOLD. But can anyone tell me who that last woman who jumped into the group is?