Home  /  Off Screen  /  To the Hesitant Citizens of the Internet 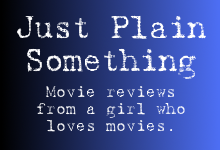 For someone who spends most of their day at one computer or another, I am actually a very busy person. I’m a copywriter for a major web developer by day and I juggle writing for two websites at night, not to mention running one of those websites and recently incorporating scripted and unscripted vlogs into the mix. In a lot of ways, I get to do some really awesome work and most of the time I have fun doing it (even if there are moments when I want to bash my head against the keyboard). And I sometimes get people in my life who tell me, “Man, I wish I could get a project going.”

Guys, you just have to do it. There’s no special magic to starting a website or a webseries or a blog. Just start.

I hate to be “that person” who says it like it’s so simple, but look at what we have here online. The best thing you can say about the internet (outside of it’s penchant for porn) is that there are dozens of open opportunities for self expression designed for people who don’t have an abundance of financial resources. Blogger, WordPress (and Comicpress), Deviantart, Youtube, Tumblr, Blip … there are so many websites that cater to different creative people and they offer these services for free or mostly free. Some people have made their projects into not only careers, but legitimate companies – That Guy with the Glasses, RoosterTeeth, Jonathan Coulton or any of the hundreds of full-time webcomic creators like Jeph Jaques, Danielle Corsetto, Erika Moen and Joel Watson. If you have an idea, do it. I don’t care if it’s something that’s been done in some way before … do you think I was the first movie blogger on the internet? Of course not! But I was the only movie blogger that had my brain.

And before you think “Well, that’s easy for you to say,” guess what? I got started with Just Plain Something far too late. For my four years as an English major, I didn’t do anything outside of school save for tutoring. While I love a lot of the pieces I did for classes, I left school feeling like I could have done more. I could have joined a project at school or started a blog or just created more and shared it with my peers. When I was a kid and had tried to keep journals or start a project outside of school, I never kept up with it and each one became this sad idea that died within a couple weeks.

I finally started Just Plain Something when I was in the middle of culinary school. While I didn’t end up using my culinary degree outside my own kitchen (something my parents like to remind me every now and then), it did give me the courage to try more new things, and Just Plain Something was definitely the most important of those leaps in courage. I told myself I was going to do at least 10 post a month, and I’ve been doing at least 10 posts a month every month since July 2009. If you look at my archives, there are plenty of months where I only get in 10 posts, but the fact is I’ve never gone under that number. Even when I was in Germany. Even when I was starting a new job. Even when my computer decided it wasn’t going to turn on a month after my insurance ran out on it. I’ve never let myself miss that goal, and the longer I went on the more natural writing every week felt.

It’s the 30th of December. Sunday marks a new year, and the traditional time to make resolutions. If you have to use that as an excuse to start that one project that’s been swimming in your head, do it. If you’re reading this well into 2012 or whatever year it might be, don’t wait for the next January 1st to be brave. Do it now.