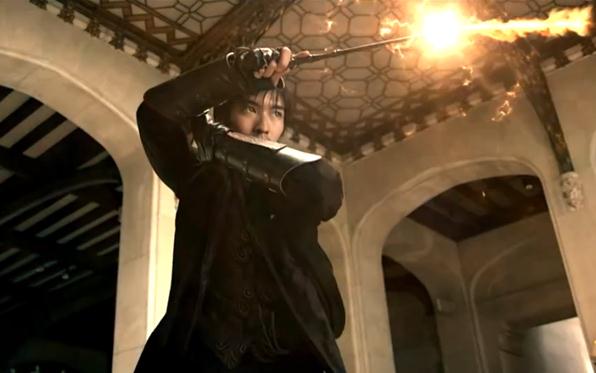 So nearly a year and a half ago, IGN put out a special video for April Fool’s Day featuring a would-be television series. Essentially, the show told the story of America’s own set of Aurors, the Harry Potter series’ task force within the wizarding world set to hunt and bring in dark wizards. I was blown away by the idea – we’re told in the series that there is a pretty large wizarding community in America, but it’s never really explored. Because it’s not directly connected to Harry Potter, his friends or any of the places in the books, you have so many options to take this new story without being untrue to the source material. Plus, the Aurors are really the badasses of the wizarding world, which would make for some really cool cases and fight scenes.

Of course, the one downside to this kind of show is that … it will never get made simply because of copyright issues. Even if they worked with Warner Bros., Rowling is very protective of anything HP-related (with good reason). So a television show is pretty much out of the question. A webseries, however …

Red Phoenix Pictures is creating the 10-part fan-based webseries Auror’s Tale. According to the series’ website:

“New York City is a battlefield. Dark magic rules the underworld. The NYC Department of Magical Law Enforcement (DMLE) is the only line of defense. Hawthorne is the force’s newest recruit and the dark criminals’ latest threat. Plunging into the nightmare that his occupation offers, he makes quick enemies of the most depraved wizard gang in America: the ever violent, ever twisted Hellhounds.”

I’m not sure if the webseries creators checked out the IGN video and built something from that basic idea or if this is a coincidence. Honestly, I don’t care either way because this sounds awesome. There are so many ways they can go with this and especially for American HP fans this can be a real treat. Outside of showing us the wizarding world beyond the UK, the series can even get into the day to day tasks of these enforcers, which is something the book series never delved into. The production had a very successful Kickstarter campaign earlier in the year and their first episode is slated to be released soon, so this is definitely a series to keep an eye out for.

Check out the teaser trailer for the series below. The effects of the wands look pretty damn good for an online production. Also, I really want those costumes for myself – they’re so very, very pretty (fingerless gloves!). Again, look out for the first episode soon.